“Let me tell you the story of the space viking, Thor Odinson….”

The best games on the Epic Games Store, as picked by players

Got this old PlayStation strategy guide lying around? It's now worth hundreds

July's Xbox Games with Gold include Torchlight and Thrillville: Off the Rails

Marvel Studios released the official trailer for Thor: Love and Thunder during Game 4 of the NBA Eastern Conference finals.

With the film's release mere weeks away, Marvel Studios finally released the official full trailer for Thor: Love and Thunder last night during Game 4 of the NBA Eastern Conference finals.

As I've reported previously, Thor: Ragnorak director Taika Waititi signed on for the fourth installment of the Thor films in 2019, adapting elements from the Mighty Thor comic books by Jason Aaron. (He'd read them while making Ragnarok.) That storyline follows Jane Foster being diagnosed with breast cancer and eventually becoming the Mighty Thor. Natalie Portman, who plays Foster in the franchise, has said both those elements will be in the film. (The Internet was abuzz when set photos of Portman leaked in March 2021, showing just how much muscle the diminutive actress had gained for the role.)

Per the official synopsis:

The film finds Thor (Chris Hemsworth) on a journey unlike anything he’s ever faced—a search for self-discovery. But his retirement is interrupted by a galactic killer known as Gorr the God Butcher (Christian Bale), who seeks the extinction of the gods. To combat the threat, Thor enlists the help of King Valkyrie (Tessa Thompson), Korg (Taika Waititi) and ex-girlfriend Jane Foster (Natalie Portman), who—to Thor’s surprise—inexplicably wields his magical hammer, Mjolnir, as the Mighty Thor. Together, they embark upon a harrowing cosmic adventure to uncover the mystery of the God Butcher’s vengeance and stop him before it’s too late.

Also joining forces with Thor are the Guardians of the Galaxy: Chris Pratt as Peter Quill/Star-Lord; Pom Klementieff as Mantis; Dave Bautista as Drax the Destroyer; Karen Gillan as Nebula; Vin Diesel voicing Groot; and Sean Gunn as Kraglin Obfonteri, the former second-in-command of Yondu. Jeff Goldblum will reprise his role as the Grandmaster, ruler of the planet Sakaar. Melissa McCarthy will play Hela, and Russell Crowe will make a cameo appearance as Zeus. 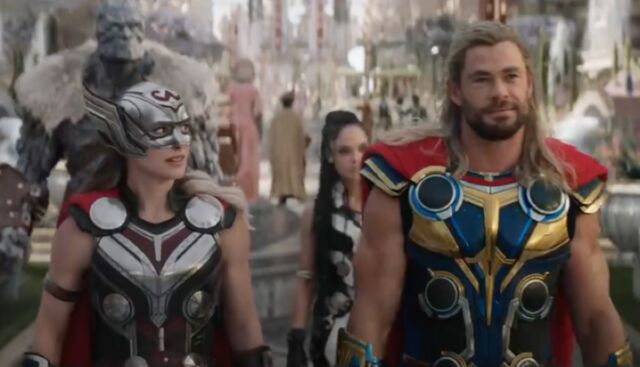 Enlarge / Two Thors are better than one.
YouTube/Marvel Studios

Marvel released a teaser last month that focused on Thor getting his "god bod" back and embarking on the aforementioned journey of self-discovery. We also got a hint of a battle involving the Guardians of the Galaxy. The clear highlights were an uber-buff Portman wielding Mjolnir as the Mighty Thor in the final frame and a glimpse of the "Goat Boat" (introduced in February as an official LEGO set), pulled by two goats named Toothgnasher and Toothgrinder.

But we didn't see any of the film's big bad, Gorr the God Butcher. The comics' Gorr has a deadly cloak of tendrils and wields the god-killing All-Black the Necrosword, forged by the same primordial deity who created the symbiotes who eventually became Venom. His vendetta against the gods has its roots in the loss of Gorr's entire family; when he denied the gods' existence in his grief, his tribe cast him out. After snagging the dark god Knull's sword, he became the God Butcher until Thor defeated him. 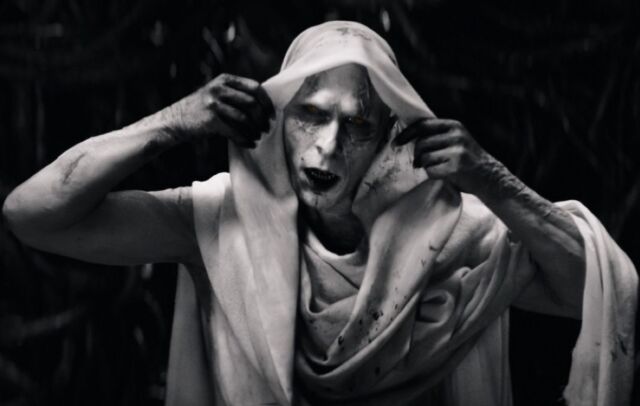 In the trailer, we briefly see Gorr emerging from what appears to be swirls of black tendrils, but he is clad in deathly white elsewhere—an entirely suitable look given his sworn mission. In fact, he's depicted primarily in gray tones even in scenes with other characters, who are shown in full color to make the contrast more stark. The only time we see Gorr in color is in a scene clearly depicting the origins of his vendetta. "The only ones who gods care about is themselves," he declares. "So this is my vow. All gods will die." One presumes his vow includes Zeus and the Olympians, which might explain their presence in the film.

The rest of the trailer focuses on Thor's reunion with Jane in her new Mighty Thor incarnation, cleverly set up by Korg telling a tribe of children a campfire story about Thor the Space Viking. Thor has clearly missed Jane more than she missed him; he's counted their time apart down to the day. But he refuses to admit as much to Valkyrie, even as he admires Jane's new fighting prowess. We see Valkyrie battling Gorr, but it's the showdown with Thor that will likely be the film's climax. "You are not like the other gods I've killed," we hear Gorr say, presumably to Thor. The latter replies, "Because I have something worth fighting for." 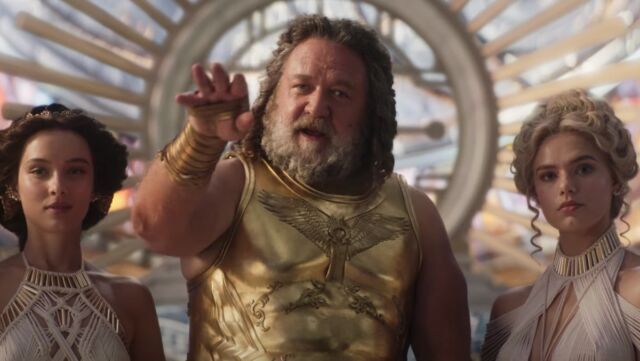 Of course, we get some much-needed comic relief when Thor, Valkyrie, Jane, and Korg visit Zeus's realm among the Olympians. Zeus attempts to remove Thor's disguise with a flick, but he flicks a bit too hard, and all Thor's clothing flies off. The Space Viking is left standing naked in chains, his butt tastefully blurred out for trailer purposes. "Should we help him?" Jane asks Valkyrie. "I mean, eventually," Valkyrie replies, offering her pal a grape. 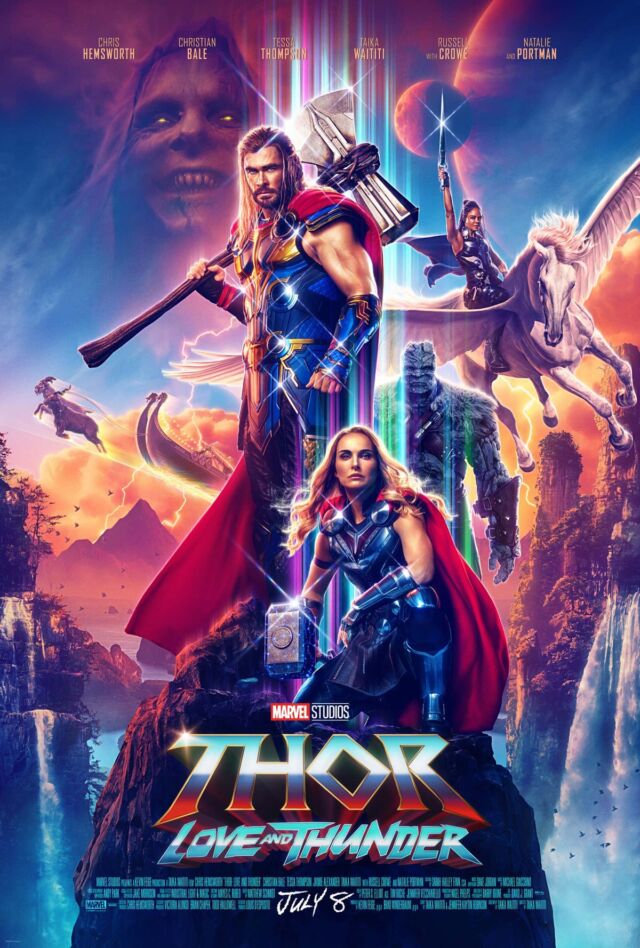 What you think about this story?
Gorr the God Butcher is coming for Thor in new Love and Thunder trailer

Wordle 375 June 29 hints: Struggling with today's Wordle? Three clues to help with answer
PlayStation Plus July 2022 free PS4 and PS5 reveal time, date, LEAKS and more
The best games on the Epic Games Store, as picked by players
Got this old PlayStation strategy guide lying around? It's now worth hundreds
July's Xbox Games with Gold include Torchlight and Thrillville: Off the Rails
Multiplayer Wordle game Word Fight could be your next favourite app - download NOW
Sonic Origins tech review: glitches and a steep price make for a tough sell
Robin takes the lead in new Gotham Knights trailer